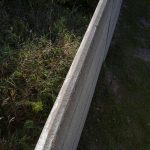 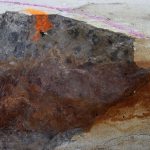 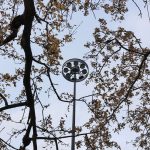 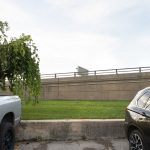 Bio
Brileigh Hardcastle is a Toronto based artist currently in her final year of study of photography at Ryerson University. Interested in topics surrounding absence/presence and issues in urban planning, Brileigh’s work uses a hybrid of documentary and abstract approaches to her subject matter.

Statement
Urban expressways are some of the most prominent features of a metropolitan environment. This is especially the case for elevated highways, which serve to reorganize the flow of traffic by making use of the space above and below street level. In Toronto, there are a handful of highways that run in and around the city, but the Gardiner is by far the most prominent. It has been called “the largest and least known civic presence in Toronto”. Being the first major highway in Toronto, the Gardiner was built at a time when the car was deemed a right rather than a luxury.

Today the expressway hides in plain sight as the rest of the city rapidly develops around it. Mimicking the shoreline, it weaves in and around commercial, industrial, and residential areas. As a structure, the expressway spans 18 kilometers in length and is elevated in sections as high as six stories. It occupies over 60 acres of land, not including the land affected by being adjacent to it which encompasses over 100 acres. And yet, its presence is either unacknowledged or forgotten by many.

The Gardiner: A Reclamation embraces a highly subjective approach to seeing the Gardiner Expressway. This project works to depict familiar infrastructure in a way that makes it strange and beautiful. Using various techniques, the photographs transform this monstrosity of a monolith through obscure depictions of the Gardiner. Ranging from documentary to abstract, the images in this series are not limited to a single category of image-making. Together, the photographs work against how we see normally city infrastructure, transforming the Gardiner into something worth documenting for its formal value and aesthetic character.