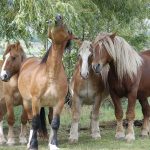 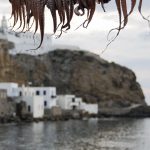 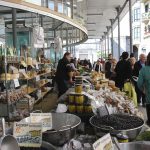 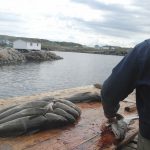 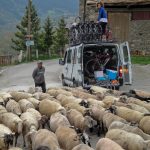 Food: it moves us.

Meet the Artist Every Wed 6 to 8 pm

Similar to other fuels on a grand scale, the quest to harness human sources of energy has been both the root of wars and possibility of peace throughout civilization. Scores of books have been written on the explorations, audacity and rashness behind the initial trades of spices, sugar, salt, cod, coffee, cacao and other ingredients as they became commodities, therefore changed eating habits and ultimately economies. Modern-day consumption is no exception to this and our drive as a species to fulfill both food fashions and basic needs can be fascinating, yet unsettling in many ways.

If we simplify food and look at it in our own day to day, we can see the pivotal role the ingredients we use have in the routines and customs of our very lives and hence how food remains not only a basic necessity for living things but also a compelling force of humanity. Time spent growing, harvesting, seeking and sourcing, selling, purchasing, preparing, sharing and enjoying the food that we eat forms the backbone of many traditions in our households, families and communities worldwide. In essence, food could be seen as one of the most important things we spend our time on. This poses many questions first and foremost, why in our society are we often in such a rush when it comes to something that both sustains and forms us? This exhibit combines simply, food and agricultural-based images taken by the exhibitor in various parts of Europe and the Americas with her brief, written reflections on the customs involved.

Bio
Nancy Towns spent half her life working in various parts of the Americas and Europe before recently returning to the place of her childhood, Douro Ontario to co-found Towns & Leahy Mercantile and Deli. From her time growing up in her family’s general store, P.G. Towns & Sons established in 1892 by her great grandfather, to collaborating with small scale producers and business owners during her travels as a guide and researcher for Toronto based cycle touring company Butterfield & Robinson. Her experience with food and small business both here and far has shown her a common thread – food connects people with people and people with place.