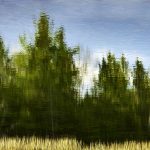 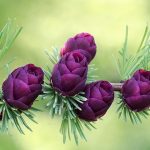 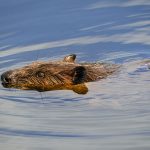 Title: Tim Bellhouse In and Around Our Wetland

In and Around Our Wetland

We call it Our Wetland, but it really isn’t ours. It is a natural feature that occupies a part of our property. This wetland occupied a portion this property long before we owned it, and hopefully it will be there long after we are gone.

Generally, wetlands occur along shorelines or in low lying areas where the water table is close to or at the surface. Different types of wetlands (swamp, marsh, bog and fen) are distinguished by the type of vegetation present, the presence or absence of open water, and nutrient and acidic factors.

Wetlands provide many benefits, such as preventing flood damage by controlling water flow, improving water quality through filtration, providing wildlife habitat, and economic benefits associated with important resources and recreation. Historically, about 25% of southern Ontario was covered by wetlands. However, some see wetlands as wasted space, land that could be converted to be used for some other purpose. Unfortunately, almost 75% of the wetlands that once existed in southern Ontario have been lost, converted to other land uses. Along with the loss of those wetlands has been the loss of the benefits that wetlands provide.

Our Wetland is a marsh (marshes usually have areas of open water with floating vegetation, such as water lilies, and emergent plants such as cattails). It has a large pond maintained by the beavers that have dammed the stream that flows through the property. It is also part of a larger, Provincially Significant wetland complex associated with the Pigeon River. Other wildlife we see include otter, mink, coyote, red fox, white-tailed deer, osprey, an occasional bald eagle, Canada geese, trumpeter swans, various types of ducks and shorebirds, and a whole host of other birds, small mammals, and reptiles and amphibians, not to mention fish and all the species of insects that call this marsh and surrounding habitat home.

Our Wetland provides us with endless hours of enjoyment, changing from season to season throughout the year - the annual migration of birds in spring and autumn, nesting ducks and geese that raise their young on the pond, the otters that feed on the sunfish and catfish in the pond winter and summer, the rising sun or the summer moon reflecting off the surface of the pond, and the morning mists of late summer and autumn.

My photography is focussed on capturing the subtle details of the world that surrounds us. Through my photographs I hope to raise your awareness of the world that surrounds you, and in so doing, to inspire in you a greater appreciation for the natural world and all that you see and experience. Wetlands are not wasted space, they have an important ecological role and benefit us all in so many ways – they do deserve our protection. After all, we are simply stewards of the world in which we live, and future generations will inherit whatever we pass on to them. 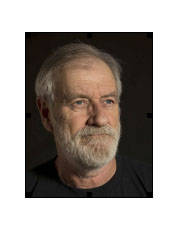 I graduated high school in Lindsay in 1971 and during the following summer travelled to the west coast of Canada with camera in hand. This trip was my first experience in travel and really sparked my interest in photography. I am a self-taught photographer and have been making photographs ever since that trip.

After graduating high school, I went on to university, achieving degrees in zoology and biology. I worked across the province as a biologist with the Ontario Ministry of Natural Resources for 35 years, retiring in 2012.

Through my photographs I hope to raise the viewer’s awareness of the world that surrounds them, and in so doing, to inspire in them a greater appreciation for the natural world and all that they see and experience. After all, we are simply stewards of the world in which we live, and future generations will inherit whatever we pass on to them.

For me, printing my photographs is the final stage of the creative process. Without printing, my images are simply memories found in a slide deck, a box or on a hard drive. Printing is [relatively] easier now than when I began photography. In 2007 I joined the Kawartha Photographers Guild (www.kawarthaphotographersguild.com), a group of photographers whose goal is the presentation of the printed photograph. This has allowed me to develop skills without which I might not have been able to present these photographs to you.